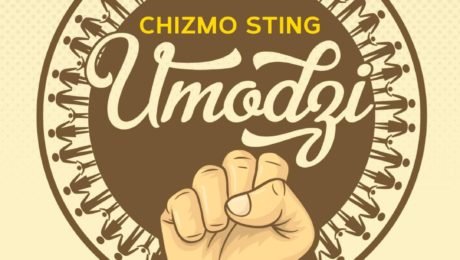 WENDY HARAWA READY TO PREACH THE GOSPEL IN ZAMBIA 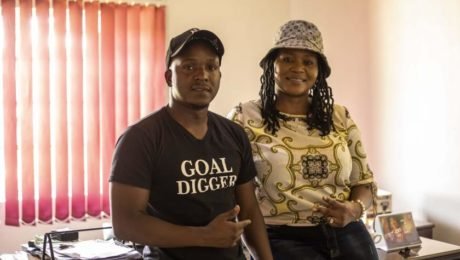 Wendy Harawa has always been one of the most relevant music artist’s in Malawi ever since she was a secular musician, to the modern Wendy “The Gospel version”. Unlike Previous Wendy Harawa, the updated version is ready to take Malawi’s Gospel music industry beyond Boarders , ranging from the neighboring Zambia, to all across Africa.

In less than a year after switching to Gospel Music, Wendy Harawa has made very great progress both locally and internationally. In the local Arena, this Gospel star has filled the biggest venues like BICC, and on international Platforms, Wendy managed scooped an award during the grand finale of the Maranatha Global Worship Music Awards (MGWMA)  in Kenya. 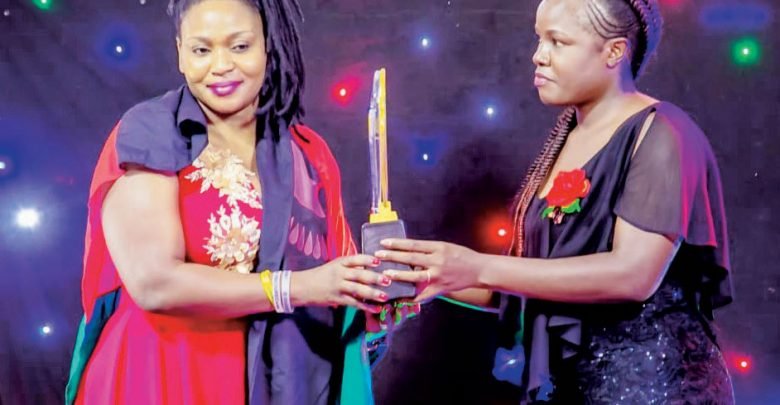 Recently, the international award winning Artist was seen with Malawi’s Multi award winning videographer Sukez, and sources gave hints that these award winning icons are in the process of shooting a number of Videos in Zambia which will help strengthen their penetration into the Zambian mainstream hence preaching the Gospel to Zambia 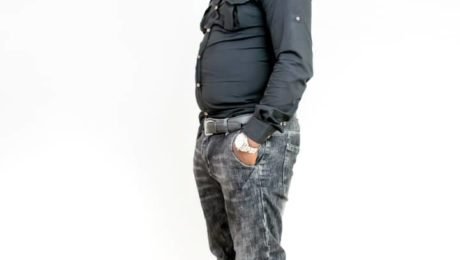 In an era where trap is the common direction new age musicians take to make hits, hiphop artist, “Shasqo” has defied the trend and went way back to vernacular rap, delivered on a new school beat. In his latest release, “Yandikwiyila Studio” , which is currently gaining love across social media, Shasqo uses a unique approach to deliver bars. Unlike other rap artists that go directly throwing shots at other rappers, Shasqo starts by addressing the studio and producers before throwing jabs to everyone else.
This is indeed true hiphop and what real rap is. 2020 seems to favor rap over trap as recently, Phyzix also trended with his latest release “Makofi”, and at present, “Shasqo” is heading towards the same angle with the single below, “YANDIKWIYILA STUDIO” 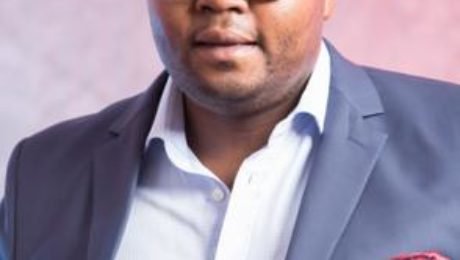 They say music is a source of entertaining and informing, but for MR Born Richie, Not Only does he make music for entertainment and informing but to preach a message of hope to the poor and needy. In his new single, Kukondela Kwa Mulungu, Born Richie has Summarized a full life story into a 3 minute lesson. A Story of motivation, hope, and END_OF_DOCUMENT_TOKEN_TO_BE_REPLACED 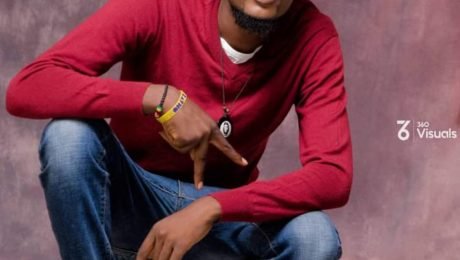 Getting signed under a record label is always a big deal most artists hope for in their musical journey. A record label guarantees a successful career for musicians and helps them open doors for broad opportunities such as endorsement deals, cooperate deals, more bookings and various benefits.

How do record deals work?

Usually, international record labels have professional artists & repertoire representatives who scout new talent and artists to fit a particular record label. Most of these record labels brand their artists from scratch and present them on market using their resources and necessities. For example; Young Money, owned by Lil Wayne scouted the likes of Drake, Nicki Minaj & Tyga and branded them to become well-known stars.

What brings about questions is, if these record labels are enthusiastic about uplifting talent, why don’t they approach the slums and scout for real talent if their mission is really promoting?

Furthermore, Wikise encourages up and coming artists to be sensitive about their careers and refrain from such deals unless they are legitimately promising, otherwise they will go no where.

Whether through earphones, MP3 players, streaming online, TV or radio, people indulge in different varieties of genres through sound, rhythm and melody. Afro Pop, a sub-genre of Pop music has gained popularity in the mainstream across the world and occupies 30% of all listeners.

Malawi, is one of the countries producing fine Afro-Pop musicians who are bewildering on international markets. Emerging from Nigeria and Ghana, the spread of the genre has led a good number of artists venturing in the industry including Izaah, a Malawian upcoming artist with a breath of fresh air charisma.

Born Justice Mwanza, Izzah started his music career at a tender age of 16. Discovering his talent, his mother was upfront about her sons talent and so ambitious at promoting his music and Izzah grew up by her aspiration to win. Unfortunately, his mother died a few years ago and Izzah still believes she sees her from above as a guardian angel.

Years in music went by and support became a bit harder as Izzah had to fund his musical career on his own. Lack of management had been a big constraint until Tiwonge Gondwe of Raw Jam Entertainment scouted the 24 year old’s talent and signed him under Raw Jam record label late 2019.

Since signing under Raw Jam Records, Izzah has worked on several songs which his manager describe as ‘game changing’. “Izzah, has a zealous fervor in music and his voice is sensational. I believe his passion for music is real and I opt to uplift his talent and get his music elsewhere” says Mr Gondwe, his manager.

First ever song from his upcoming project drops on 25th January, 2020. The song title is ‘Ndivine’, a gospel song that praises the Lord for all the good things he does for everyone. “Koma na lero lokha, poti mbuye mwandidalitsa ine, ndivineko pang’ono” sings the chorus.

The song will be made available on different platforms. Be on the look out for Izzah.

Unlike regular night joints, Epic Lounge has been recommended by both the public and corporate bodies to be Malawi’s most decent chill spot. Within a year after launching this top notch lounge, it has attracted a variety of international music artists, high profile individuals, and corporate bodies.
Just recently, Malawi’s fastest growing, and digitally advanced financial institution, Eco Bank, has been holding down a variety of events at the lounge so as to boost their on going “ZAYAMBIKA” promotion to Epic Lounge’s decent audience.
The wait is over, Epic lounge has reshaped and restructured night life into a place of decent business interactions, uku mukutsitsila kamame. 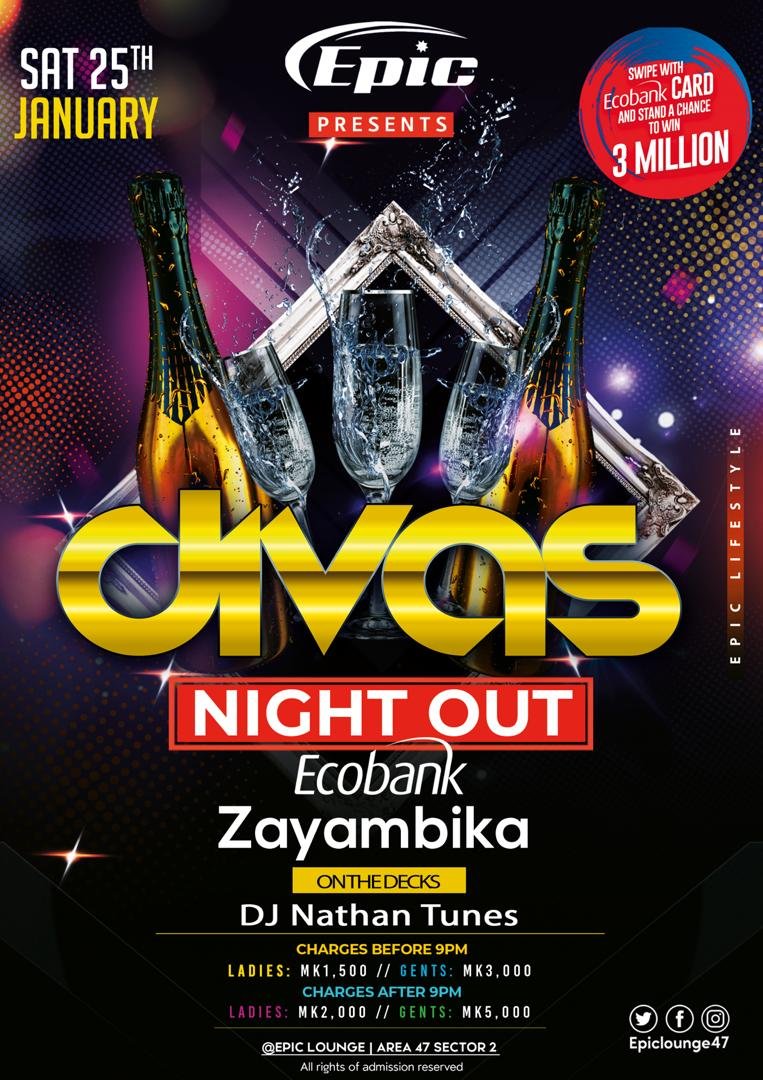