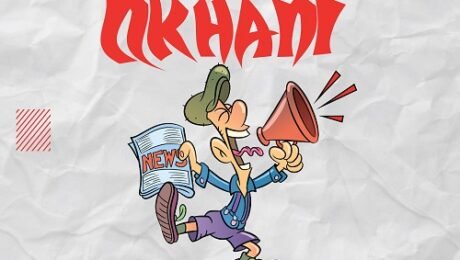 The two siblings whose music careers springs from the Black Survivors Band (runners up of the 2003 edition of the now defunct Kuche Kuche music contest) reunites musically for the first time since 2004 in NDABWERA NDI NKHANI after embarking on separate music journeys that have seen West cole touring a number of countries in Europe and Africa while turning up for Mbanaye band and El Genesys also christened as Bangwe King ridding a promising solo career with an album LUSO LANGA released in 2019 to his credit.

There are times people tend to judge and doubt others for the way theyre and how they progressing not knowing the story behind their situation , we are aiming at proving those doubters wrong and since the situation is relatable to many this song is a must to listen said El Genesys of the single which made its radio debut on Power
101 Fm earlier today and will continue banging on other local radios this week

The song a fusion of Afro-pop and jazz blended with hiphop has been produced by Westcole at @Soundpunksmusic in South Africa and Nesco at @Ductversionmedia in Blantyre and is accessible online through.

Westcole recently released an EP titled MANIFESTATION whilst El Genesys on the other hand is compiling his second album A BOY FROM BANGWE whose due date is yet to be announced. 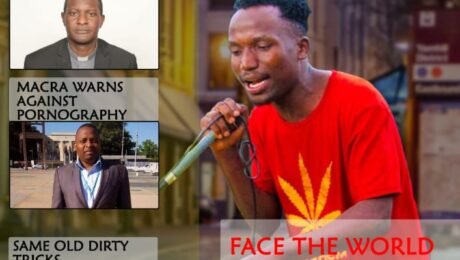 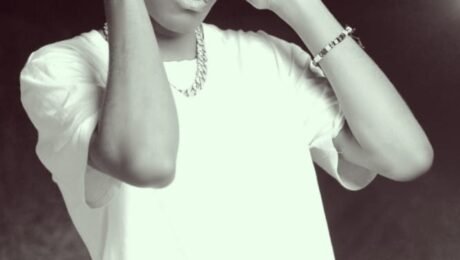 He goes by the name Happy Tembo, better known by his stage name Kay Li. He hails from Mzimba and is 17 Years old. He found his passion in music when he was only 13 in which he recorded his first song. Due to this experience in the studio and excitement of hearing his own song the once activity that he considered a hobby was quickly turned into a career.

Kay Li specifically chose to venture into the ‘Trap’ genre as he says after observing Malawians, he noticed a huge percentage of young people follow this genre therefore he would have a wide audience if he made trap songs, on the other hand he says trap has a more appealing sound to make it on the international market thus more reason to pick up this genre.

So young in his career he has managed to score a feature with trap star Quest however on the collaboration topic, he has his eyes set on the likes of Gwamba, Toast, Charisma, Martse and phyzix, hoping he will have the opportunity to work with them to further enhance his trap career. As of recent he has released a single titled ‘Ayi’ which he recorded with Thapsy at CK Spark Production Studios and hoping this single will be the one to help him go mainstream and gain recognition across Malawi. 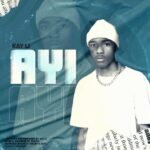 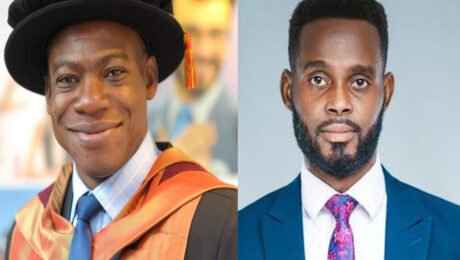 Alexious Kamangila, once Dr Madise’s student has been having fierce gloves out fight, indirectly debating on facebook on whether ‘the Unconstitutionality of Death sentence’ will stand following the ‘Khoviwa’ Judgment.

While Alexious Kamangila says the death penalty has been declared rightly so as unconstitutional as it has always been, Dr Madise supports states that death penalty still stands and can be given by Court as early as today.

In his recent post, Dr Madise stated that whatever has been written or said in addition to the right  to a Sentencing Rehearing in the Khoviwa case is either obiter dictum(things said by the way) or per incarium (wrong at law) . ‘The issue of the constitutionality of the death sentence was never before the court at all. It is therefore wrong, in my view, to say the SC has in this case declared the death sentence unconstitutional. The issue before the Court was, whether Khoviwa, having been sentenced to death under the mandatory death penalty, the convict should be given a rehearing since mandatory death penalty was abolished by the Kafantayeni judgment. The Court decided that Khoviwa and the 8 others, are entitled to a Sentence Rehearing.’

Alexious Kamangila argues that the questioned question was before the Court. The applicant’s main plea was; where the right to life is being limited, seeking the Court to consider individual circumstances was basic requirement.The submissions b4 High Court contained discussion on the Constitutionality of the death penalty. These were adopted at the MSCA. But even of such was not the case, under Order III Rule 13, the Supreme Court has powers to decide on a point of law needing settlement without asking the parties to address them (after 29yrs of de facto Moratorium,  the need was dire).The judgment’s long discussion of Section 16 as read with 44 and 45 vis-a-vis penal code, is clear for anyone that has read the judgment that the constitutionality of the death penalty therein can’t be obiter or per incarium. 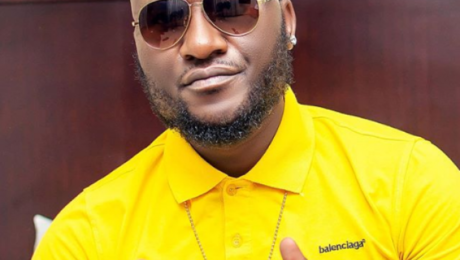 Barely a month after releasing his record 14th studio album , multiple award winning Hip hop stalwalt Phyzix has announced that he is working on an extended playlist that will be released anytime soon.

Coming at a time when people are still embracing his recent album #FLAWS whose hits are banging in radios and other public places, phyzix said the Ep titled “Of the highest order” is a follow up to his album and is all about proving doubters wrong .

The ep will consist five songs with zero features and stich fray will produce all songs with Daredevils handling all the instrumentation said phyzix who also has released a new music video #MOMO with Nepman .

He further said the positive feedback he is getting from people since dropping Flaws has motivated him to push further hence coming up with the EP as he intends to breakthrough the boarders.

Often regarded as the king or local rap Phyzix alias Gamba has been dominating the music industry with mesmeric releases since last year and was the most decorated rapper in the country with five wins in 12 nominations at the UMP and Malawi Hip Hop awards held separately last december and earlier this month his popular hit Follow which features Eli Njuchi was featured on BBC top 20 african hits in the UK aside from being endorsed by Minister of information Gospel Kazako as the next big music export from Malawi .

MISHY, TAKING OVER THE INDUSTRY ONE LOVE SONG AT A TIME 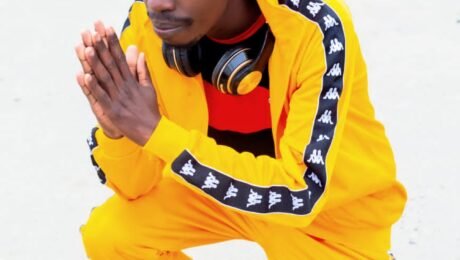 South African based Malawian musician, Mishy has been up and about the imdustry for a while now having started his journey back home in Malawi.

The artist who is currently based in S.A. has been making waves with his romantic approach to music which has make him stand out among his peers.

“I just want my music to go as far as it can go and i wanna carry with me the Malawian flag and show the whole world just how much talent is present in the country.” Said Mishy

Having put out a call for upcoming artists to submit their music to the label in order to get a chance at a record deal, the label has finally found their leading man in Malawi having identified controversial rap artist Ikon Emcee to spearhead their Malawian roster.

In an interview with the CEO of Grind Prime Records, Alex Kalichelo, he expressed that; ” we have picked Ikon because he’s versatile, he’ll not only gonna challenge for the throne in Malawi, but also on the international level. He has the potential and quality to succeed and we’ll help him reach the heights he’s destined to reach. We’re proud to welcome him to the Grind Prime Family.”

In a separate interview, Ikon Emcee stressed that he’s keen to show how much he’s grown as an artist and person since breaking into the industry with “Amina Amina”, further stressing that with Grind Prime in his corner, he’ll walk the walk and give the fans the best Ikon they’ve ever heard. 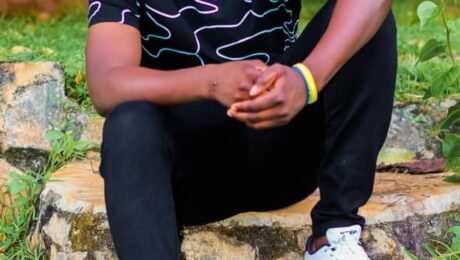 Thino masper started his music career way back in 2015 and has worked with alot of artist’s throughout his time in the game, some notable names are blaze and jay jay cee.

He has recently dropped a new single kangandi wamba which he received positive responses and it’s also enjoying airplay. His mission this year is to work with more big artist. The likes of kell kay,Gwamba and Janta.he also wants to extend his fan based to our neighboring country Zambia. https://mikozinet.com/thino-masper-kanga-ndiwamba/ 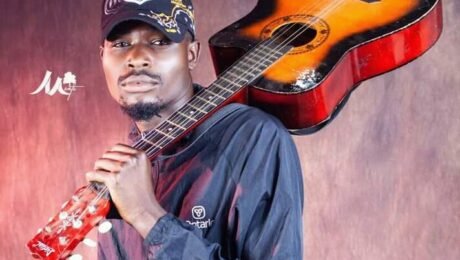 Upcoming rap artist from Dowa, Star Kay has thrown jabs at the Flaws Freestyle Challenge judges for not recognizing his work on the popular challenge ignited by Phyzix.

I’m a great rapper, so I’ve done another freestyle called UMP (Umafuna Mabarz Paja) so that the judges and Phyzix know what I’m capable of on the mic regardless of any rigged outcome.”

Star Kay joins other upcoming rap artists who joined the challenge in dissing the judges for not picking them to be winners.

GET TO KNOW YOUR ARTIST ONIWE

GIFT ENEYA also known as Oniwe is a Reggae,Dancehall and Afro pop artist.Oniwe was born in 1989,in a family of four from Chilobwe Blantyre Malawi.Oniwe is a Christian from SDA.

Oniwe went to chimwakhunda primary school, and He did his secondary at maranatha institute of education.After his secondary level Oniwe went for tertiary and he did teaching and now he is a teacher by professional.

He started music career in 2008,Oniwe is aiming to own his record label.Oniwe so far he has 5 music videos and his two music videos are on Mikozi Network including his audios .Currently Oniwe is based in Cape Town South Africa working with Defy.