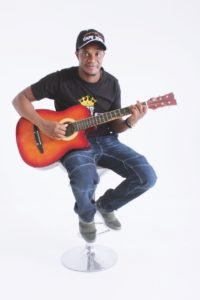 As More Malawians are flooding to South Africa, there’s always that one man in the music field that represents and carries the Malawian flag wherever they go and that man is EDDY BEATS!

Eddy beats(formerly Eck bagga) is a lilongwe born and capetown based Artist and producer currently working under spacesound music which he owns and manage.He has worked with the likes of Bucci,Huji, Ga cypha  and S.O.D cylus just to mention a few.

After changing his name from Eddy Bagga to Eddy Beatz, the man with the Mw Flag is back with friday la monday and promises to bring more good music to the masses. The song was written and produced by Eddybeats at specesound studios. EddyBeats says the song is receiving great feedback in Capetown and is anticipating abroad recognition for Malawian Music. The video was shot by Peleka Sibale of spiral media productions. Follow him on facebook Eddy beats instagram Eddy_beats/spacesound.

For now, enjoy this sweet combination of instruments and vocals