A multi talented Business Management and Marketing graduate whose name is Gift Chilonga popularly known by his nick name Scrafoc . He was born  in Malawi currently based in South Africa . A  special musician who is able to do different genres of music and yet still maintain he’s unique style and touch of music. 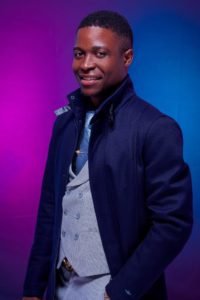 Scrafoc he’s a Christian artist whose level of creativity , skill and passion for music has proven over and over again that he is not just a local artist but one of the international musicians ever produced from Malawi. He discovered his music talents in the year 2009  while in Malawi through rap freestying , composing and poetry . Since that time he has been pursuing he’s music journey with all his heart. He recorded his first studio song in the year 2013 in South Africa .

Scrafoc was inspired to do music through the desire to express himself through lyrics composition and , poetry  and rap to reach and bring hope to other people  and  above all to preach the Gospel of Jesus Christ through music . Also the love of listening to radio at a younger age drew him more closer to media world fell in love with music more and desired to become as one of the artists he was listening.

Get his new single this year titled ‘folo me’ here