Raw Jam Records is back this year with great news, the record label has signed 3 more new artists, the brand is continuously growing with now having its own studio, situated in Lilongwe, area 49 new shire. Having a well experienced producer – Crack Mapiri, has received enormous praise from known artists who have recorded with the studio new productions for this year 2020.

Mapiri is well respected in the music industry, having worked for over 8 years with many known musicians in Malawi such as Dali, Crispy Malawi, Nepman, bucci, hazel Mak, Jay Jay Cee, K2b block, Temwa, Vj Ice, Ben Sam entertainment, Marste, charisma…. etc. just to name a few. The new artists are equally a mixture of young talented upcoming artists, with great potential and talent to move the industry forward and to bring fresh competition. 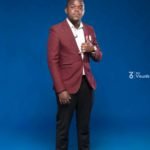 Mike ngwira AKA – Magic Mike, is an artist based in Lilongwe Malawi. Born

on 22 may, 1994. He started music in the year 2010 whereby he discovered his talent for singing and was doing mostly live performances, mainly focusing on afro Rnb. and in 2014 is when he started recording in the studio as a full time musician and has worked since with known musicians such as Martse and Mad alley. In the same year, Magic Mike pursued his other talent for being a Dj whereby he has done numerous successful shows throughout Malawi performing in clubs such as Livingroom, gutters, eclipse lounge and cockpit to name a few. His time as a Dj has helped him greatly as an artist to understand the dynamics of music and what constitutes a good sound.
Facebook user name: Magicmyk Ngwira Kelvin Mike

Born Justice Mwanza AKA – Izzah, is a Malawian music artist aged 24 mainly focusing on afro jazz. He started music when he was 15 years old and his talent was immediately noticed by his Mother who encouraged him to pursue his dreams. Sadly, his mother passed away and he Had no one to financially support his musical carrier. Until in 2019 when he met Raw Jam Records and received support on his musical career.
Facebook user name: Izzah Mc Brzy 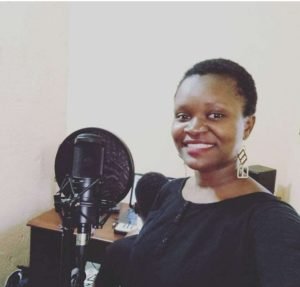 Born Theo Chiwaula, she goes by the stage name Lioness.T. an afro – pop,
afro dancehall and Rnb artist. Lioness.T. started writing songs in secondary school. Her main motivation for writing music was the belief that love exists and that life must be lived for others, a selfless feeling. As her name suggests, Lioness.T. is a fighter, a dreamer and she stands against all odds in order to achieve her goals. Her music centers on experiences in life, heart breaks to love, good times, mother nature and so much more.